Build your wealth during the great recession with real estate assets

Not taking action right now may even worth million dollars

What's this all about?

If the U.S. economy enters recession territory something some financial experts have been warning could happen it might help drive home prices in a downward direction. But that’s not necessarily a bad thing.

As of late August, home prices were up 15% on an annual basis, per the National Association of Realtors (NAR). That means there’s lots of room for home prices to come down without creating a crisis situation that leaves millions of homeowners underwater on their mortgages.

The main reason home prices are so inflated right now is that inventory is low and demand is high. If a recession were to hit, it could result in lessened demand, especially if mortgage rates stay as high as they are right now, or keep climbing. And that could, in turn, bring home prices down to more moderate levels.

But unless housing inventory really picks up soon, we’re unlikely to see a catastrophic drop in home prices because supply is still so incredibly low. As of the end of March, there was only a two-month supply of available homes on the market, according to the NAR. That’s well below the four- to six-month supply that’s normally found in an equalized housing market.

Because inventory is so low right now, even a notable drop in buyer demand shouldn’t result in a housing market crash. If anything, what it might do is open up the housing market, allowing financially secure first-time buyers to finally have a shot at owning property as well as real estate investors to scoop up income properties more affordably.

Where should you invest your money now?

Before you consider making any real estate investment, you’ll want to hear this.

A recession is marked by a shrinking economy. People spend less money on discretionary purchases, focusing instead on essentials. Companies may slow down hiring or begin laying off workers to bolster their bottom lines. Stock prices may drop in the face of uncertainty about the economy.

While it’s not exactly a rosy picture, real estate can offer some stability for investors when the economy slows

Over the last 20 or so years, real estates have consistently outperformed the regular stock market. , we believe it’s an ideal time to get invested.

Darin Young is a top class realtor with over 10 years experience who achieved many awards and recognition’s for his work.

Don’t know who Darin Young is?

Read more below to know more about Darin and how he could help you with your investments. 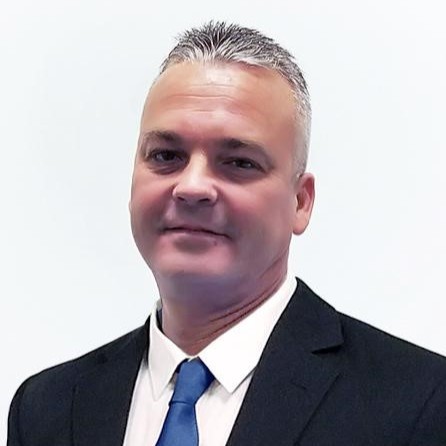 If you’re familiar with the Texas real estate market, chances are you’ve heard Darin Young’s name a time or two. His career has been a long one, with many successes. He’s also recognized as one of the top sales brokers in Texas USA.

His clients include top business and civic leaders, whether in life sciences, e-commerce, academia, medicine and finance. “They are all very busy people and want a seamless transaction,” Darin says. “They expect me to anticipate problems before they happen and fix them.”

Darin takes great pride in the fact that his success stems in large part from positive referrals. He works tirelessly to meet his client’s needs and be a calming, knowledgeable guide throughout the sometimes chaotic buying or selling process.

Don't just take our word for it !

Over 100+ reviews, describing about Darin’s professionalism

I first met Darin at an open house in the summer 2021. I felt very comfortable with him and selected him to be my realtor. I planned to buy a home sometime this spring. Darin has been fantastic throughout the whole process! As a first time homebuyer and single mom, I found the process intimidating. Darin helped educate me about the entire process, and always went above and beyond. I felt like he had my best interests in mind and was not just trying to make money. He is very trustworthy and I highly recommend him if you are buying or selling a home. I am happy to say that I closed on my home last week!

Mr. Young’s dedication to make sure that we attained what was due to us was consistent and evident. He guided us throughout the months while we dealt with the buyer and her agent. We had to face some challenges, but we always knew that he was protecting us. He was also candid when we needed to “back off” on things. For example, I tended to spend more money than what I needed to get the house ready, and he told me when to stop. He answered our questions although there were times when we asked the same questions. Most importantly, he got more money than what we expected! His expertise and experience got our house sold. I recommend Mr. Young if you need to buy or sell your home. No doubt!

I was needing to sell my property quickly. I decided not to do any repairs on it; sell it as is. Many of the potential buyers wanted to low ball the price that I was asking for. But it was my realtor Darin Young who got me well above others were wanting. Not only did i get a buyer I closed the deal in 10 days! Darin was absolutely wonderful! He did not give up on getting the sale! I highly recommend Darin to help you with buying and selling your home.

Darin Young is the very best real estate agent in Houston. He sold my house in less than a day over my asking price. Hats off to Darin and if you are looking for an agent who will get the job done, he is the one, stop looking and hire him.

It was a pleasure to work with Darin. He was/is patient and a strong advocate for me as a homebuyer throughout the process. He is a great communicator and very accommodating and flexible with appointments to see listings. Thanks Darin!

Mr Young listed my two commercial lot’s in the Kemah boardwalk area. He did a great job and the lots sold. The whole process from listing to closing was smooth and with out ANY problems at all. I will use Mr Young again.

Darin is the absolute best! He told me that he could find me a place, and despite my doubts, he did. I would highly recommend Mr. Young. His responsiveness was amazing, he can sell water to a whale, and I love my house. If I could give 100 ⭐ I would. Funny that we met on accident ( I was about to be scammed by someone online, and he was there showing the house to someone), but I’m so glad that we did

Darin was a great real estate agent. He helped us locate a property to lease while making plans to help us when we look for our permanent home in the near future. Darin was attentive, enthusiastic, responsive, supportive, knowledgeable, funny, and a pleasure to work with. We recommend Darin to anyone who wants a straightforward real estate agent who looks out for your best interest.

I had another Agent and never received a legitimate offer. I hired Darin and he worked hard and sold my property…

Darin Young is awesome. He helped find and got us approved for a home in one week. He stayed on top of it and never brushed me off we were top priority. If you need a home to lease or buy this is your guy! He is the best.

I first give thanks to God for blessing me and my family. I then give thanks to Mr. Darin Young for his round the clock work and dedication for his help in finding me and my family the perfect home. Mr. Young is the one you want when looking for a home. It was an exhausting job in the search for a home. When I gave up he kept going. I truly appreciate the endless help, dedication and concern he had to put us in the home that we not only like but the home we love. If you want that person that knows how to find the home of your dream and who will not give up on you Mr. Young is that realtor. Try him…you will not be disappointed!

Darin Young is a Professional who is responsive to the needs of his client and demonstrate critical thinking throughout the process. He is a good listener and effective communicator. He offers effective alternative solutions.

First house, love it. Darrin is the man. Somehow, in a crazy buyers market, out of 8 offers mine was accepted.

Best relator I’ve had in many years.
I went through 3 realtors who told me I was not able to rent a house because of the housing market right now. They told me it’s impossible. Well, God placed Darrin Young in my hands and he made it possible!! Not only did we get the house we wanted but, we got the location too. He hustled and did a wonderful job at locking in the house for us. With this housing market it’s very hard to find a house to rent or own. I suggest reaching out to Darrin Young. He’ll get the job done. ASAP and will be there to answer any questions day or night.

Darren displayed professionalism. Very nice with excellent and knowledgeable experience. Family-oriented and very friendly. I definitely will recommend him to my friends.

Darin goes above and beyond all to make it the most painless transaction of your life. He gets the job done. Awesome guy to work with.

Darren displayed professionalism. Very nice with excellent and knowledgeable experience. Family-oriented and very friendly. I definitely will recommend him to my friends.

Very detailed and makes his customers his 1st priority. I joy to work with

Darin was kind and quick to respond. Easy to work with!